A few months ago, Penelope and I took a trip to San Francisco. At one point we went up to the top of Coit Tower, something I hadn't done since I was a child. I wanted to shoot some HDR photos from up there, but they don't allow tripods. Luckily I was able to brace the camera against the glass and got some steady shots: 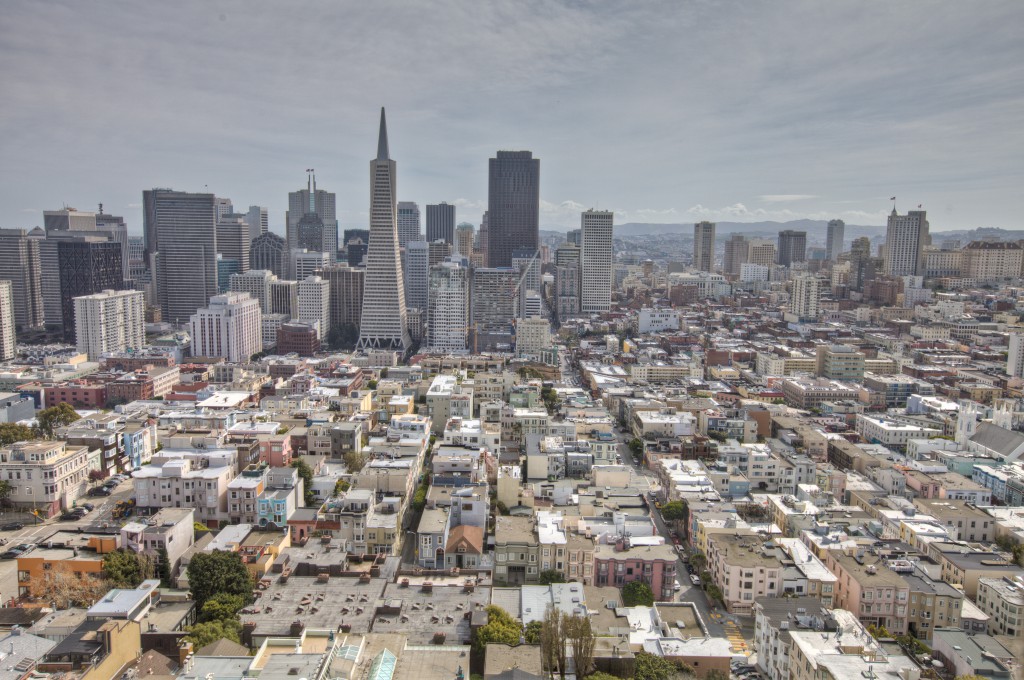 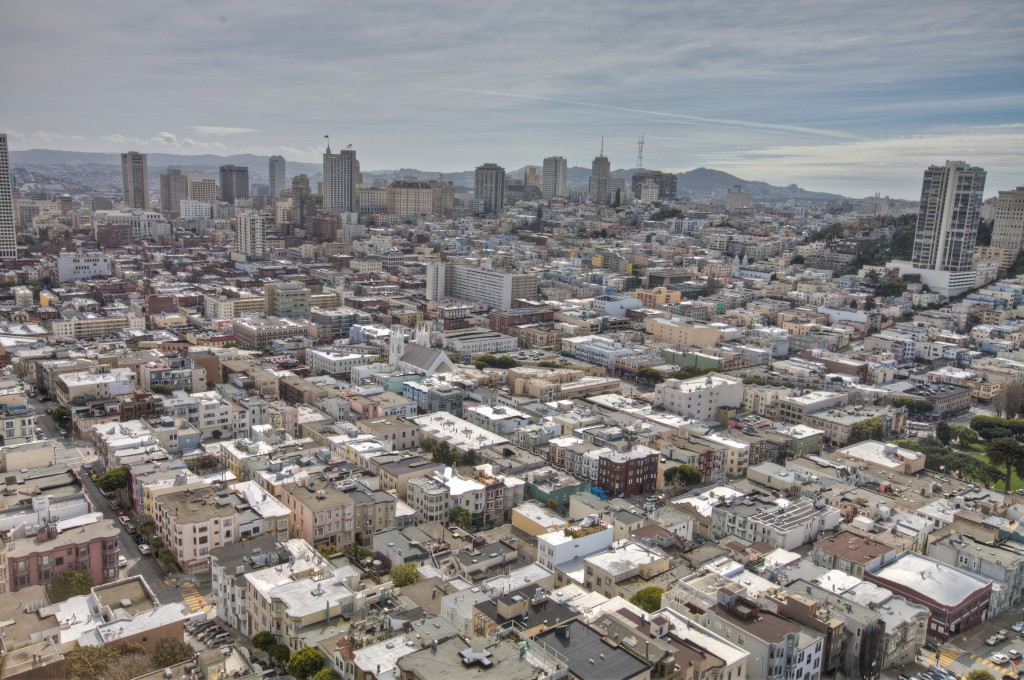 This past weekend Penelope and I drove up to the Bay Area to visit Merrilee and Keith. We attended a traditional wedding in Old Town Orange on Friday before we hit the road. The service was beautiful and the church (St. John's Lutheran) was lovely. We had to leave early in order to make it to Oakland at a semi-reasonable hour (2am).

Penelope and I woke early and went for a strenuous jog in the Oakland hills, man those are steep! After the jog, Keith and I surveyed the area in the back of the house where a stairway is to be built. We measured once and cut twice... oh wait did we get that bassackwards? Well anyway we planted stakes where we planned to drill holes for the load bearing members of the stairway. When we were done surveying it was time to pick up Merrilee who had just ridden 62 miles in training for the Death Ride. We prettied ourselves up and headed to the Pagan Re-Wedding of our caving friends Bill and Peri Franzt and Ethan and Courtney Frantz

I have never been to a Pagan Wedding or Re-Wedding and I didn't know what to expect, but the ceremony was really quite beautiful. There were about a hundred people in attendance and after drinking a variety of home made brews we all joined hands in a circle and started singing a short chant which I now forget the words to. The circle doubled back on its self and everybody kissed everybody on the cheek. The ceremony the involved the 7 couples who were remarrying drinking some wine and eating some bread and then spinning a wheel of life which we all also had the chance to spin.

The next day Penelope and I went for our hilly run again, then we all went to the Montclair Farmers Market where I scored some cheese and organic baby greens that had edible flowers mixed in. The edible flowers were really tasty and a bit spicy almost like horseradish. Merrilee and Keith picked up some fresh non-farmed salmon for dinner wich they later BBQ'd after soaking in a delicious Pernod marinade.

Penelope, Merrilee and Josh headed to Berkeley to visit the Sake Factory and buy Jim a father's day present and Keith and I headed to the lumber yard (Not Home Despot!) to pick up some tubular cement forms for the staircase. With the forms in tow we proceeded to the rental company and rented an auger with a 12" bit.

Neither Keith nor I had ever used an auger before, but we weren't too worried and as it turns out, using an auger is pretty straight forward. The only problem we ran in to was spilling a little bit of gas when we improperly laid the auger down on the ground, but no harm no foul. It took us a little over an hour to drill 6 holes and we even had a chance to take a break and have some water before we returned the auger.

After we were all done and the auger was returned I suggested to Josh, who is a photographer, that we head down to San Francisco to take some photos of the Golden Gate Bridge. We drove in to the city and made way to the Persidio where we parked near Fort Point and took some Bridge photos. I also photographed some sea gulls who were mugging it up for me.

We headed over to the Palace of Fine Arts where the Exploratorium is located and shot that famous landmark. Finally we stopped at Treasure Island to shoot the city from afar and while I shot a few pics, Josh sketched the San Francisco skyline.

When Josh and I pulled up to the house the coals were getting hot and the drinks were flowing. We ate, drank and were merry and in the morning it was hard to get up and leave, but we had to get back to LA. Penelope and I both had a great trip, albeit too short, and we look forward to the next time we make it out to the Bay.