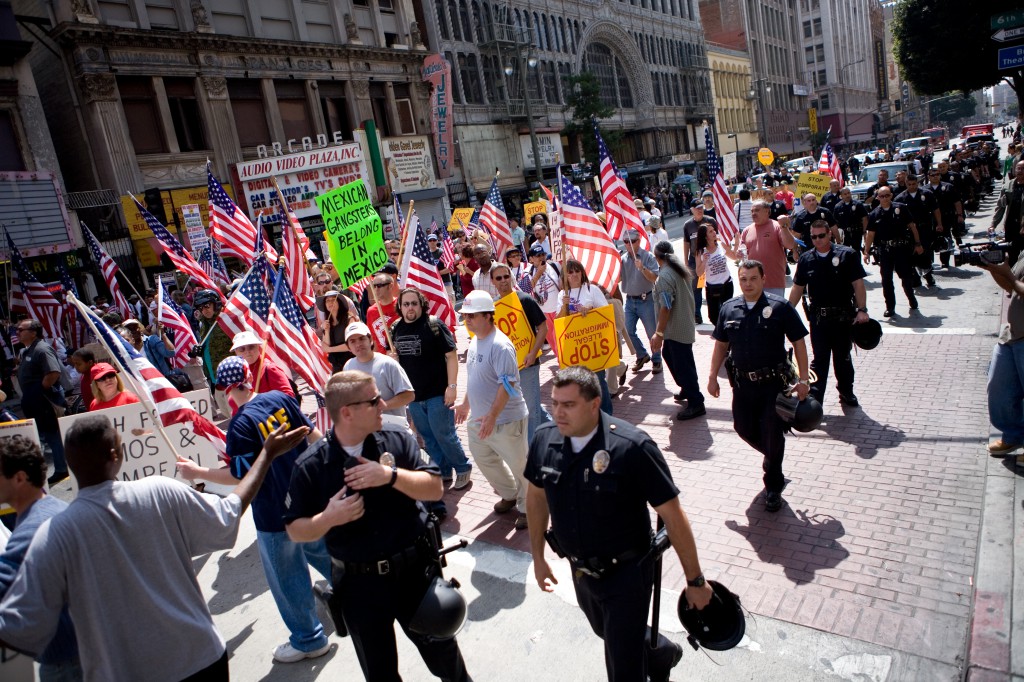 The notification on the DLANC mailing list said the CAB protest was expecting 200 protesters and 200,000 spectators. I laughed when I read that and responded that I figured it would be more like 200 of each. I walked down to Broadway to check it out and as it turns out, 200 was probably a bit of a high estimate. There were roughly 100 protesters, surrounded by close to 200 police officers. The spectators maybe numbered 100 people, who were shouting and laughing and the very serious and likely racist group of mostly minutemen, with a few CAB folks thrown in for good measure.

Ted Hayes started the CAB, which stands for Crispus Attucks Brigade and according to their website their mission is to:

Despite the racist placards the protesters were carrying:

The Minute Man Project is not racist, even as American Blacks citizens and the Crispus Attucks Brigade is not racist against the Brown/Bronze Indio Indigenous peoples of Mexico and Central America.