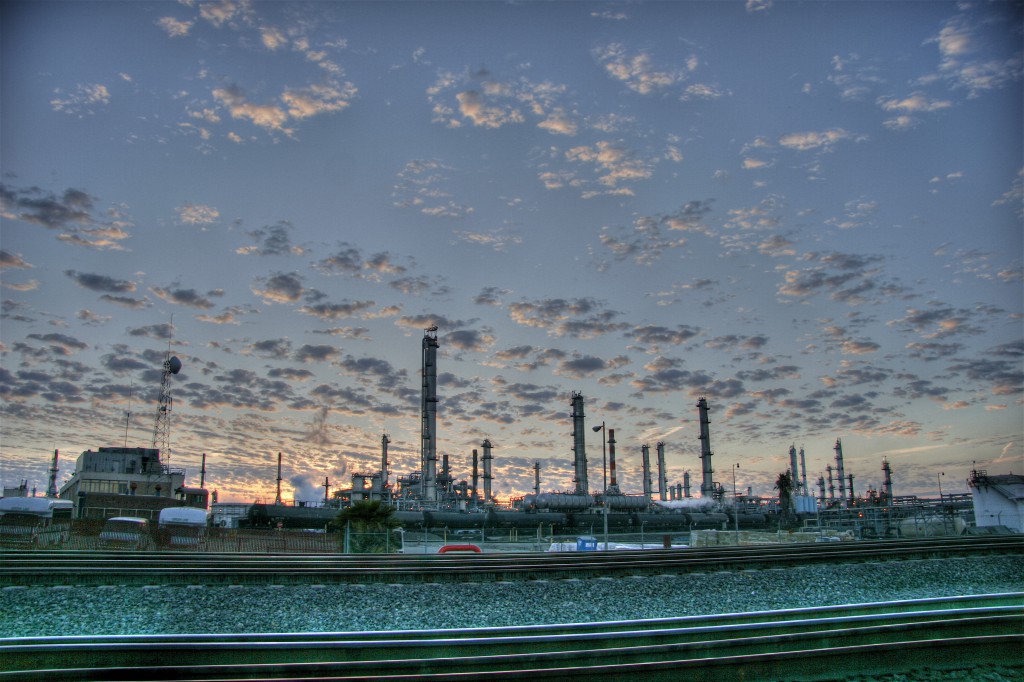 When I arrived at this location, I got a call from an old friend, letting me know this is step father had just passed away after a hard fight with cancer. His step father, Scott Brown, was a good friend of mine and I was looking forward to his presence at my wedding, which will now be in spiritual form as opposed to the physical form I was expecting.

After I finished shooting this series, I was approached by a Securitas guardsmen, who informed me that I wasn't allowed to take photos of factoriers, refineries or railroad tracks. He then wrote down my license plate number and asked me for my drivers license which he wrote down the number for. I didn't feel like arguing with him as he was just doing what he was told to do, but it was clearly a violation of my rights. The sky in LA was really beautiful so I wasn't mad and I know that Scott is in a better place now so that took the edge off my sorrow.